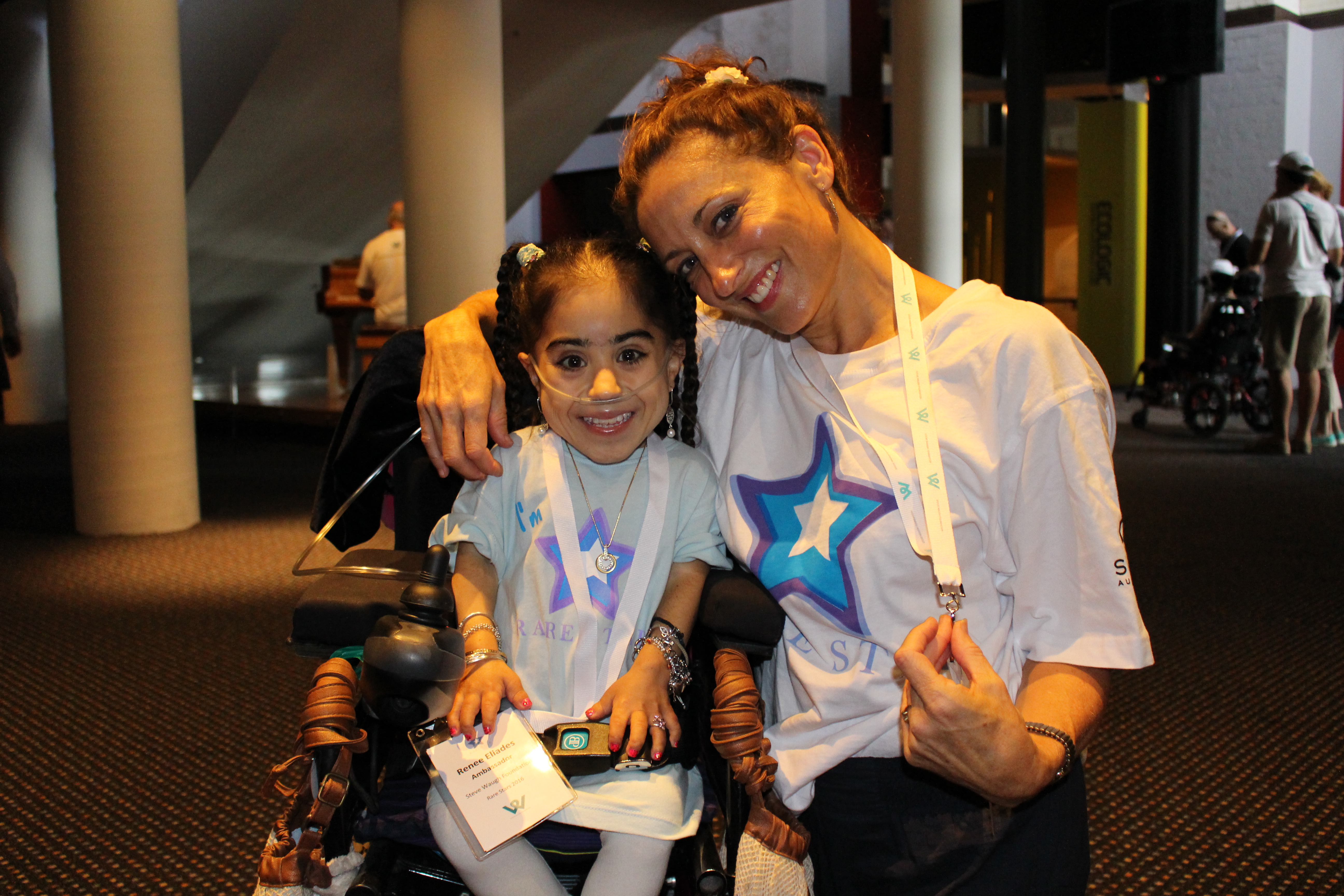 Georgie and Renee speak from experience as Ambassadors of the Foundation, representing the work we do and our grant recipients with a passion that is driven by their own personal stories.

Georgie Parker is one of Australia’s most celebrated actors. As a teenager she was forced to wear a brace because of the spinal condition scoliosis. What she wanted most was to be a ballet dancer but her back could not handle the strains of dancing professionally.

"I was in the hospital system from a young age and when you’re in that system it’s as if you are in a different group. You become the kid who needs to go to hospital and it was an alienating process to be in that world.’’

Georgie has been an ambassador of the Foundation since 2008.

Renee Eliades, or "Princess Shorty’ as she likes to be known, has a very rare disease called Geleophysic Dysplasia which affects less than 1 : 1,000,000 children. This condition affects the development of bones in the body; Renee is often mistaken for a 3 year old. Renee’s condition is chronic and will become life threatening, as her lungs and heart will deteriorate over time, requiring oxygen 24 hours a day.

She may be small in stature but Renee stands tall when speaking out for equality for people affected by a Rare Disease.

“I agreed to be Ambassador of the Foundation because I have a Rare Disease and can understand how other families with children that have rare diseases and disabilities feel. I know how much help and support we all need!"

Renee has been an ambassador for the Foundation since 2012.